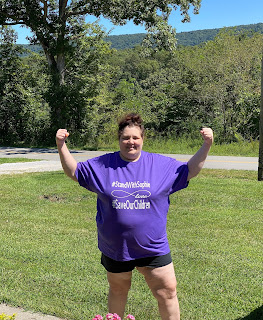 Hello friends!
I can’t believe it’s been 16 days since I wrote.  I have been following #standwithsophie and #saveourchildren.  If you thought that #metoo opened the flood gates, just wait because Sophie Long broke the dam wide open!  She is the most courageous child filled with such strength.  Her father, Michael Long, posted a video of her standing up to her grandmother about how her mother had watched men sexually assault her.  She was screaming, “why don’t you believe me?.  From there, it has been mind-blowing.  You have corrupt judges, lawyers, and police, but today Michael was awarded custody of his children until the November court date.  Do you know what surprised me the most about this situation?  The mainstream media did not pick up the story.  However, Facebook, TikTok, Youtube, Twitter, and Instagram were flooded with videos and posts showing support for Sophie.  There is a GoFundMe to cover Michael’s legal fees.  I have seen the world, yes the world rally around Sophie and her brothers!
The fight is not over.  We are standing with you Sophie!