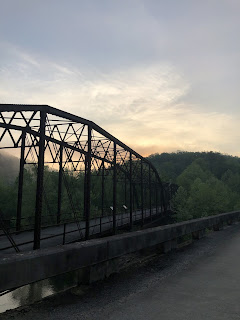 I had a beautiful time camping with my son and grandson!  I recommend staying at the Rock Creek Campgrounds down by Nemo bridge.

Later on Sunday night, my son told me that my ex and his new wife made an unexpected visit to his music store.  Austin said he left because he has nothing to say to him.  When he was finished talking, I could feel my blood started boiling!   I could not believe that Ashley continues to do things to hurt her family.  She is making friends with the man who molested her and her sister!  She is inviting him to her home and allowing him to be around my grandchildren.  What the fuck is wrong with my child!  It’s one thing to find your biological parent and form a relationship with him, but it’s another thing to kiss the ass of your adoptive father, who is also a pedophile!  She is trying to destroy all her relationships with the people who loved her all of her life.

Not only did she accuse me of bashing her head into a coffee table when she was a teenager, but she is also now saying that I coerced her when she told me about Joshua molesting her when we lived at the duplex in Sevierville!  Ashley is pulling out every gun in her arsenal to hurt me in every way humanly possible.  I will never know the truth about Joshua Maples, but I refuse to let it consume me anymore.  I moved away to be free of the past.  I am no longer the pivotal punching bag for things other people did!

Despite what my children’s fathers have done over the years, I have stayed planted firmly in my children's lives!  I love my children, and they mean more to me than anything else in the world.  I didn’t ask for my health problems, but I have suffered through them for my kids, and I won’t let anybody take that away from me!  As a survivor, I could never lie on someone, especially about sex abuse.

Ashley continues to prevaricate with little regard for anyone else.  After reviewing the video from February 13, 2021, I am convinced that it is jealousy and attention-seeking.  She said I never paid attention to her and was always worried about Alexandria.  If I am guilty of anything, it is loving too much and not setting boundaries with my child.  Now I am taking the blowback from her Fathers mistakes.

Advice to my readers: Never want a father so bad that you feel the need to destroy the other parent to prove your love for them.  Don’t sacrifice your healthy relationships for someone who just showed up to the party. 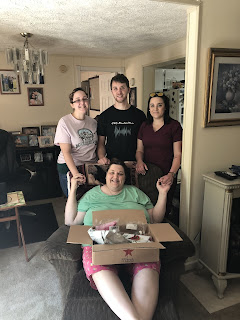