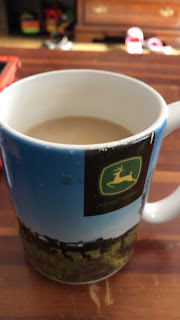 My first bit of bad news is that I have several projects in the works but I can't afford to publish them.

I had a bad week overall with my health and I broke up with my boyfriend.  We are still talking but it is not the same as it was before I ended it.  Of course, he doesn't feel he did anything wrong, but I remember how it felt being the worried girlfriend at home.  I thought I could handle it but now I know truly how difficult it will be to be alone all the time.  He continues to tell me that he told me his plans that night, but I honestly do not remember him telling me.

I am not trying to be belligerent but hell fire it is hard enough dating a truck driver who is home maybe 30 days a year!  We just started our relationship so I am trying to keep up while handling MS fog.

Yes, I am venting here so do not take anything I say as advice.  Dating in 2021 is hard, not to mention dating after being married for over two decades.  I am not foolish and I do not expect a knight in shining armor to come riding in to sweep me off to the castle, but maybe he could answer my phone calls!!  Are my expectations too high?  I  don't know, but I know I am doing fine on my own, so I ain't worrying about it anymore.

Well folks it is time for bed.