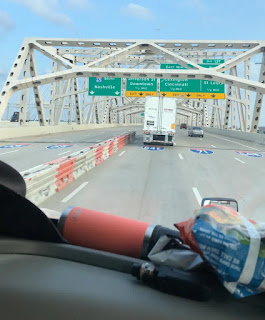 As a writer, I have always lived by the philosophy that if people wanted you to write warmly about them then they should behave warmly.  However, sometimes writing about my personal experiences can be daunting.  I want to share the good, bad, and ugly with you so you can know the whole story, but some parts of the story are best left unspoken.

Here is my part of the story...

I started talking to Nick through Facebook dating on July 25, 2021.  Over the last month I allowed things to flow naturally.  I let him into my life and gave him complete trust and access to my heart.  I let my guard down.  From July 25th to August 25th Nick had all of me.  I refused to let others' past transgressions spill into this new relationship.  We were exchanging "I love you's" and we became intimate within the first week. We were talking about marriage and babies too. I know you're probably thinking we were insane, but everything felt right.  We laughed and had many good conversations.  By the second week Nick was giving me a house key.  I was in a massive love fog so I didn't want to believe the things Nick told me I would face if I dated him.

August 7, 2021, was our first time alone at Nicks apartment and we spent 90% of it putting his new desk together.  I didn't mind because I enjoy talking and spending time together.  I thought if we got the desk put together we could get through anything.  It was a total nightmare so he said he would finish it next time he came home.

By August 25th it had hit me that everything Nick told me about himself was true.  He is rarely home, he is not affectionate and he can be butrally honest about his thoughts, feelings and opinions.  I will admit I am not easily spooked so I really thought I could handle it.  I tried to focus on the good in our relationship.  Imagines of our laughter, kissing and intimate time played in my head.  Nick is a hardworking man.  However, a relationship needs much more to survive.

The biggest piece of advice from this situation actually came from Nick.  He said if you do everything in the relationship then the guy will come to expect it.  I was shocked to hear him say this because that was exactly how I was feeling.  He is rarely home and I was having to do all the traveling to maintain the relationship.

This is a subject I try to avoid but money was an issue.  I also spent money I did not have to go out on the road with him because I was nervous.  I didn't know what to expect.  I also bought my own gas for the trip to Cookeville and back.  I was not home so I had to spend $71 increasing my cellular plan, because he did not have wifi on the truck as he told me.  The bank had fun and charged me two $35 fees for using my overdraft.  Nick told me not to worry about money that he got paid on Friday, but here I sit with a negative bank account.  Nick did have dinner delivered once when we were at his apartment, but I bought his phone charger and tobacco.  He said he would pay me back, and I believed him.  He also bought food while we were on the road, but I made sure to pay for my own food when I could.  I tried to help keep the truck clean, but he complained that I cleaned with 91% rubbing alcohol.  I even walked his dog Max some while he slept.  I felt useless and wanted to help.

I am disabled and on a budget so daily life is a struggle, but when someone tells me not to worry I now know I should worry.  I can't afford to have blind faith in anyone but God.

Now let's talk about sex.  I am a bigger woman, but I have never had problems in the bedroom.  That is not the case in this situation.  Nick is a big man so needless to say I ended up at the doctor unable to walk after we were together one time.  I pulled muscles I did not even know existed in my thighs in an attempt to have intercourse with him.  He thought it was funny, but I suffered.

I also want to point out that he did not send me flowers, take me on a date, or show much affection over the last 30 days.  He blew my phone up in the beginning and I always answered his calls, but now he doesn't call much.  Of course, if I were to say anything he would say "I told you this is who I am and this is my life".

I began to feel like being in a relationship with me was unimportant to him.  He even told me he would be fine if we broke up.  He is so laid back that his life would be good with our without me.

Everything came crashing down the night of the big storms.  I had a major anxiety attack and panic was running through my veins so I ended our relationship.  I blame myself for not listening but I fell in love so quickly that I wasn't thinking about the long haul.  Right now we are at a stalemate.  I keep asking God to send me clarity.  I love Nick and want to be with him, but the truth is it might not be possible.