February 13, 2020
My mom said I was a sick child.  I came down with pneumonia several times, and I had chickenpox.  I was sexually assaulted from age three until I turn twelve years old by my step uncles.  My father was physically and emotionally abusive.  I was beaten and had my head slammed into walls many times.  By age 7, I was occasionally smoking my grandpa’s cigarettes.  At age 11, I fell and fractured my knee.  At age 13, I was admitted to a mental hospital because I was suicidal and suffered from bulimia. At age 14, the doctor sent me for a scope due to bleeding ulcers.  Later that year, I broke my ankle sleepwalking in the middle of the night.  At age 15, my dad went to court to get permission for me to be married.

At age 17, I was pregnant & got the first sore on my breast.  It would be years before Dr. Hamilton at Vanderbilt diagnosed me with Hidradenitis Suppurativa.  On average, from 1995-2019, I have had four surgeries a year to drain and pack Hidradenitis Suppurativa nodules.  Dr. Copeland also removed several painful cysts from my back, breast, underarm, groin, and buttocks.   My monthly menstruations we're always painful and heavy.  In 1996, I began having migraines every week and low blood sugar levels.  I was pregnant with my second child and delivered him with zero pain medication.  Everything went so fast that I was home the next day.  In 1997, Dr. Jain sent me to a neurologist, and he did occipital nerve blocks to stop the migraines.  At age 22, the doctor diagnosed me with PTSD, anxiety disorder, and depression.  In 1998 while pregnant with my last child, I fell and cracked my tail bone.  Dr. Grey said I had cervical intraepithelial neoplasm on my cervix, and he could not treat it until after I delivered.  After a year of treatments, I opted for a second opinion.  Dr. Pitts did an Exploratory laparoscopic and immediately said I had to have a hysterectomy.  So at age 24, I had cancer cells on my cervix and endometriosis, which led to a full hysterectomy (both ovaries and my uterus).
In my early 20’s Granuloma Annulare developed on my foot and osteoporosis in my hips.  In 2003 I had my wisdom teeth removed; it was a harrowing surgery due to the position of my teeth.  In my late 20’s, I started having symptoms of Multiple Sclerosis. (Chronic Fatigue, numbness in my hands, legs and feet, memory loss, and misfiring of my nerves.  In 2008 I was diagnosed with supraventricular tachycardia and hypothyroidism.  I have had difficulty losing weight for the last 15 years.  In 2008, I went to a specialist at UT, and after the exam, he said I had significant scar tissue from an anal fissure, which happened when my step-uncle raped me as a young child.

In 2009 I lived through domestic violence and another divorce.  The doctor in my hometown diagnosed me with vitamin D deficiency.  In 2011 I had knee surgery. In 2012 I was hospitalized for pneumonia and a broken wrist.  In December 2015, I had a mild heart attack, and my doctor ordered many tests.  The MRI of the brain showed Empty Sella Syndrome and possible Multiple Sclerosis.  Gary Burks referred me to an endocrinologist and a neurologist.  After months of tests in January 2017, Dr. Gaw diagnosed me with Multiple Sclerosis.   In 2018 I was diagnosed with high blood pressure and a neurogenic bladder.  I am on pain management for deep nerve pain.  Today is February 12, 2020, and the Nephrologist diagnosed me with stage 3 Chronic Kidney Disease.

I have lost count on all the things I have tried...diets, vitamins, exercise, essential oils,  prayer, and medications. I want to be healthy and feel good, but no matter what I do, I have bad days.  Despite it all, I will get up in the morning and try harder.  I will fight to be helpful to people and encourage those who are struggling to stay alive.  I fail at times, but I am going to keep getting up because I love my family, and they mean the world to me.  My cane helps me walk on bad days, and when I have a crash landing, I retreat to my bed for a few days.  I am always writing as it keeps the monsters out of my head. 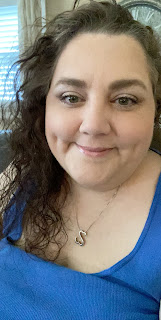