May 31, 2020
On May 25, 2020,  an unarmed George Floyd, an African-American man, age 46, was murdered after arrested on suspicion of passing a counterfeit $20 bill by the police in Powderhorn, a neighborhood south of downtown Minneapolis, Minnesota, United States of America.

Floyd was handcuffed and lying face down on a city street during an arrest.  Derek Chauvin, a Caucasian Minneapolis police officer, kept his knee on the right side of Floyd's neck for 8 minutes and 46 seconds; 2 minutes and 53 seconds of which occurred after Floyd became unresponsive, according to the criminal complaint filed against Chauvin.  Officers Tou Thao, J. Alexander Kueng, and Thomas K. Lane participated in Floyd's arrest, with Kueng holding Floyd's back, Lane holding his legs, and Thao looking on as he stood nearby.

First, I want to say that George's murder was horrific to watch.  There is an abundance of camera footage on YouTube from people who refused to stop the murder!

Second, George was a criminal, and he did hold a gun to the stomach of an African American pregnant woman during a home evasion armed robbery home invasion in 2007.  So I do not agree that he should be the new face for “Black Lives Matter.”  His past victims deserve that much respect for the horror they lived through.

Third, George had fentanyl and methamphetamine in his system at his time of death.  He also had a COVID-19 and an heart condition.

Fourth, our country has exploded in riots where other African American men have died.

I value human life very much.  I do not understand why law enforcement agencies who are there to ”serve and protect” behave like the very criminals they claim to protect us from!  I often call this the sickness in society, but it runs deeper than that.  We can trace this behavior back to Cain & Able in the Bible.  It is a sick need for dominance.  Society feeds this monster, and before you know it, we have innocent people dying for no rational reason.

We are better than this barbaric behavior!   We are more knowledgeable and wise than our ancestors.  It is time to let the disease of racism die once and for all!  It is poisoning our future and killing the good inside of us.  It divides people and makes it even more difficult for true criminals to be removed from our communities.  While the fighting rages on it is only a smokescreen to protect the evilest living within our country!

The riots are fueled by criminals.  They care nothing about the victims.  Many get paid by government officials seeking to change the political narrative.  In my family, we will continue to speak the truth and avoid getting involved in the riots.  We love humanity and seek to spread love and respect for our fellow men & women!  We will not be burning anything!  We will not be hitting anyone!  We will not project the rage that caused George’s death!  We will not put even more fear into the hearts of Americans.

George’s murder will serve as a reminder that we must protect each other, and if you see something, then you say something!  If you can stop the violence and save a life, then it is our duty to protect each other no matter what the situation may be at the time!  Fear can not win, violence can not win, and we all have the courage to be apart of change! 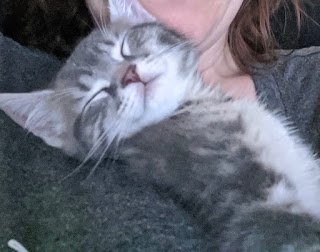